So, here's a finished entry into the Designer's Challenge (for once, I knit fast enough to get this done!)


I started with a skein of Anzula Breeze I'd picked up a while ago on a whim: 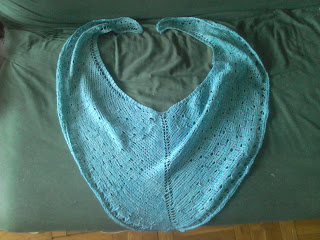 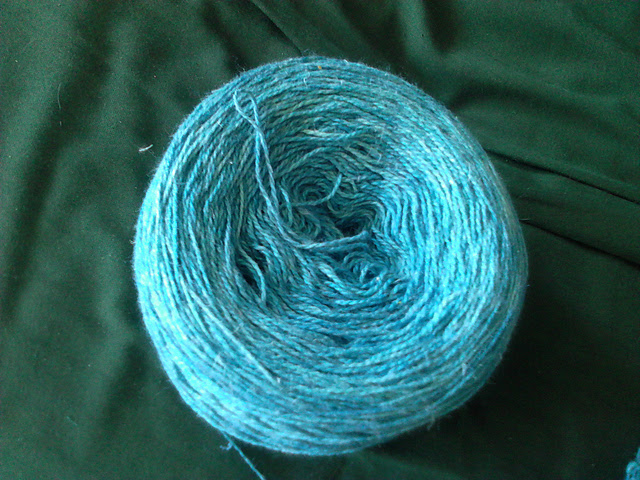 I didn't know what this was going to be when I got it,  and initially I wasn't too thrilled about the silk-linen blend.  It felt strange to my hand.    But it has such amazing drape that I knew it would have to be something amazing  and when this challenge came up it just clicked as both the perfect colour and the perfect yarn (well, at least to my mind -- my roommate isn't sure on the colour!)


Anyway, this challenge was to make a Shawlette inspired by the idea of Rain, using some sort of lace technique.    Well, the second I saw that, I knew I had to use the Raindrop Lace Stitch.  I had seen it ages ago, and always had never found quite the right project to use it in.   I played around with it, and came up with this: 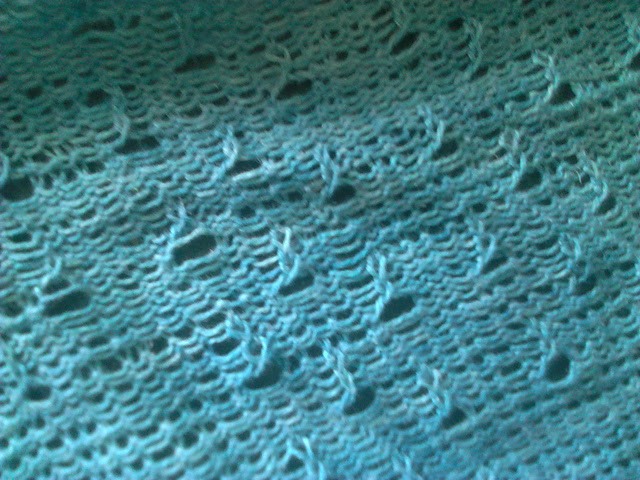 It really does remind me of raindrops!

As for the rest of the shawl, I was initially a bit stumped by the border -- what did I want to do?  I was originally thinking some sort of beaded border -- but then, one day, as I was coming home,  I watched raindrops pooling in the street, right by the curb.  The border is just a simple set of YO's against a stocking stitch background, designed to imitate raindrops pooling together as they drain into the storm gutters.  It's not a wide border, but I think that worked out ok!

That being said,  now that I've finished this one -- it's not going up for testing immediately.  There are a few tweaks I want to make to the pattern before I put it up for testing.  I want to spread out the Raindrop lace a touch more, and make it a touch denser (more raindrops and a bit more lacy, if I can).  I also want to play around with the center spine increases, too, see if there's a way to incorporate them better into the pattern.